And now for something completely different: TeraSaturday, a weekly update post about all the neat stuff that has been going on in the world of Terasology! Half blog, half changelog, completely cool. Probably. I mean, there aren’t any laser sharks… or laser raptors… or even laser eye surgery. But hopefully it will still meet your coolness expectations. 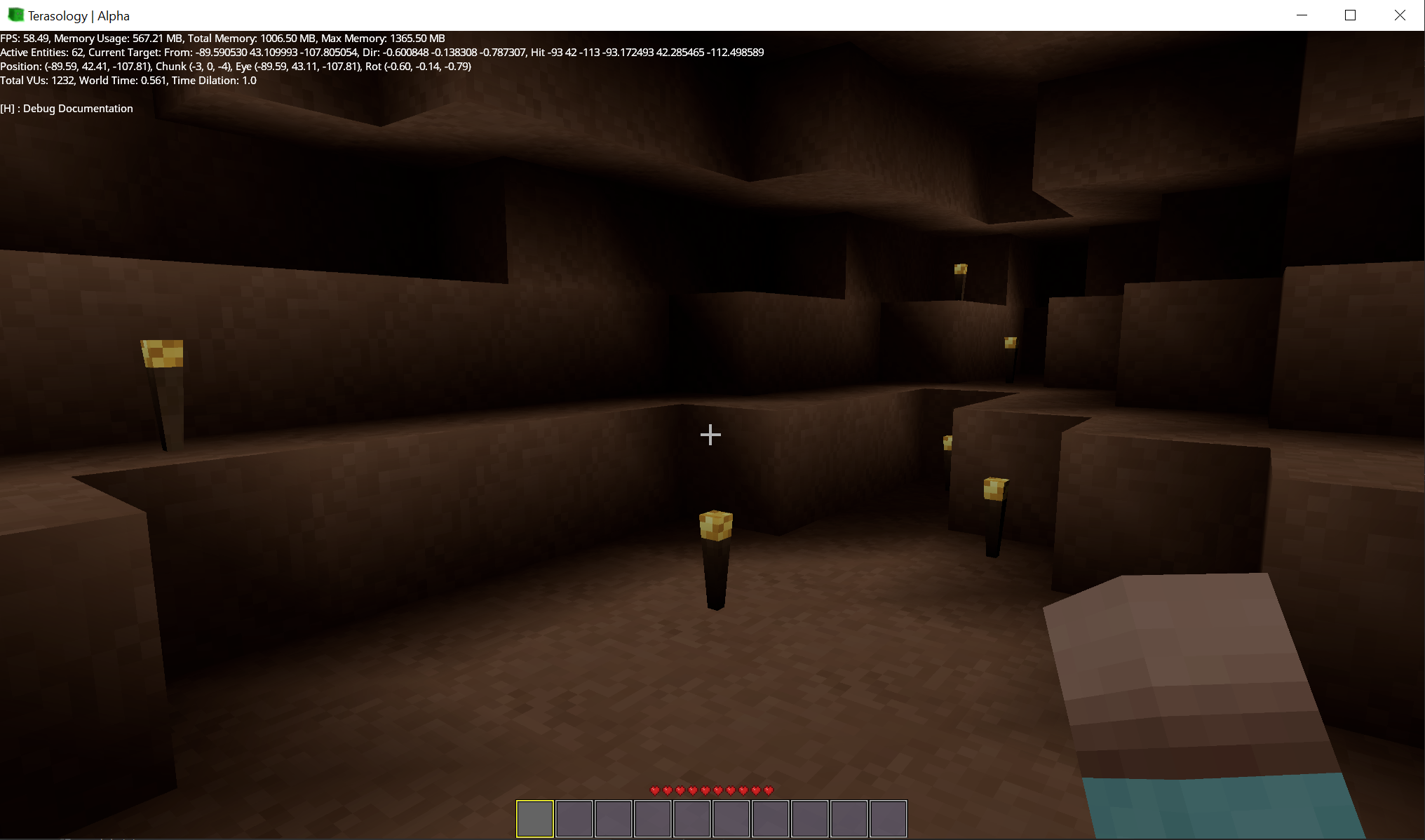 Bugfixes and Optimizations (The Nerdy Stuff)

Thus concludes the first TeraSaturday changeblog. Hopefully, despite the absence of flashy lights and fierce creatures, your thirst for coolness has been satiated. (If not, I recommend a low-calorie sports drink.) Enjoy the game, and I’ll be back for another update next week!